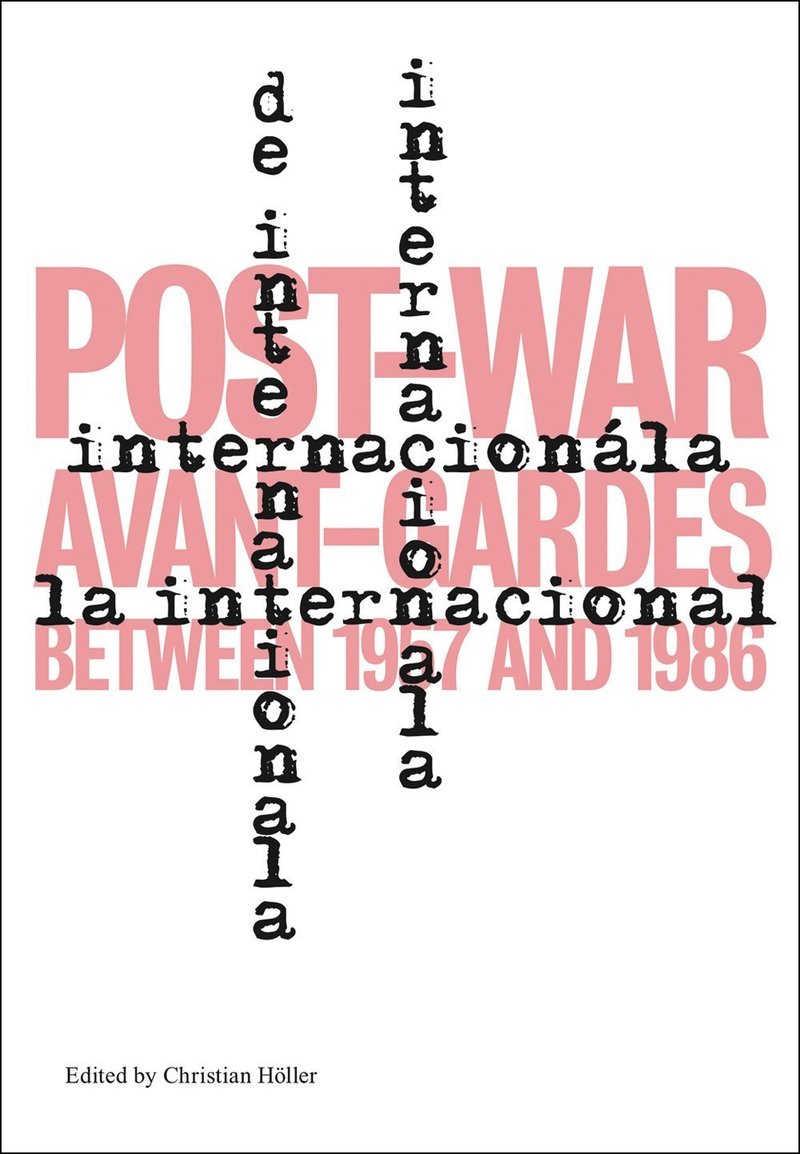 L'Internationale is a trans‑institutional network of five major European museums and artists'archives (Moderna galerija Ljubljana; Július Koller Society Bratislava/Vienna, MACBA Barcelona, Van Abbemuseum Eindhoven, M HKA Antwerp). Taking as its starting point these five museums and the respective collections, L'Internationale — Post‑War Avant‑Gardes between 1957 and 1986 presents a wide range of case studies, historiographic and theoretical essays to newly consider a period in art history that, according to the established canon, has been almost exclusively dominated by Western Europe and North America. In questioning this canon the publication works to acknowledge the existence of and explore a dispersed, multi‑polar, and at times interconnected neo‑avant‑gardist field that existed (long) before it became common to think according to frameworks of globalization or trans‑nationalism. In the process this collection of compelling contributions puts many a central question on the table: to what extent has a common international language existed in art over these three decades, while at the same time local terminologies and approaches might have differed significantly? How were such dispersed forms of knowledge and experience situated in their respective social contexts? What parallels of artistic method appeared across different regions, even continents? Finally, can such local narratives be brought together in a new rhizomatic way, one that works to reshape our ideas of trans‑localism and internationalism?