A guide to the new ruins of Great Britain 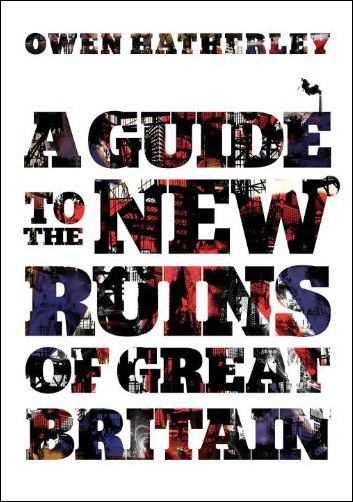 Back in 1997, New Labour came to power amid much talk of regenerating the inner cities left to rot under successive Conservative governments. Over the next decade, British cities became the laboratories of the new enterprise economy: glowing monuments to finance, property speculation, and the service industry-until the crash. In A Guide to the New Ruins of Great Britain, Owen Hatherley sets out to explore the wreckage-the buildings that epitomized an age of greed and aspiration. From Greenwich to Glasgow, Milton Keynes to Manchester, Hatherley maps the derelict Britain of the 2010s: from riverside apartment complexes, art galleries and amorphous interactive “centers,” to shopping malls, call centers and factories turned into expensive lofts. In doing so, he provides a mordant commentary on the urban environment in which we live, work and consume. Scathing, forensic, bleakly humorous, A Guide to the New Ruins of Great Britain is a coruscating autopsy of a get-rich-quick, aspirational politics, a brilliant, architectural “state we’re in.”