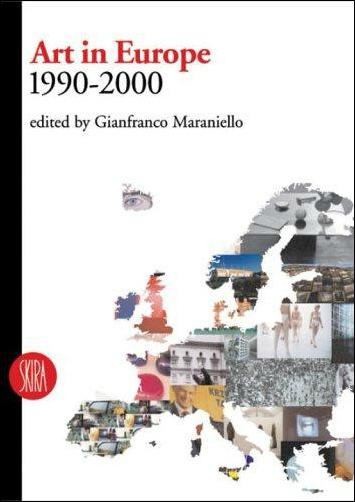 Art in Europe: The Nineties is a highly informative text, which supplies a rich visual and critical introduction to the contemporary European art scene. The text is heavily illustrated with over 100 artworks represented in color, and black and white photographs, accompanied by essays written by Europe's foremost art critics. The artists represented in the book come from a wide variety of European countries including: Great Britain, Germany, France, Scandinavia, Netherlands, Belgium, Southern Europe, the Balkans, Eastern Europe and Russia. Among these artists we find well-known names such as Damien Hirst, Pipilotti Rist, Maurizio Cattelan, Pierre Huyghe and Oleg Kulik as well as young and upcoming international artists. They supply a visual response to Europe's present political situation. The onset of the nineties brought epoch-making changes in European economy, politics and culture, where concepts such as “globalization” were established along side swells of new nationalistic tendencies and the strengthening of xenophobic affinities. Europe's new found unity has strengthened a need to find distinct cultural identities bringing to life stunning forms of artistic expression. Today's most perceptive critics, who introduce the reader to the aesthetics and works of the leading figures in contemporary European, illustrate the complexity of this scene. Art in Europe provides an opportunity not only for description and commentary, but also for analysis, comparison and reflection on the mode of artistic production and the principal tendencies of recent years.