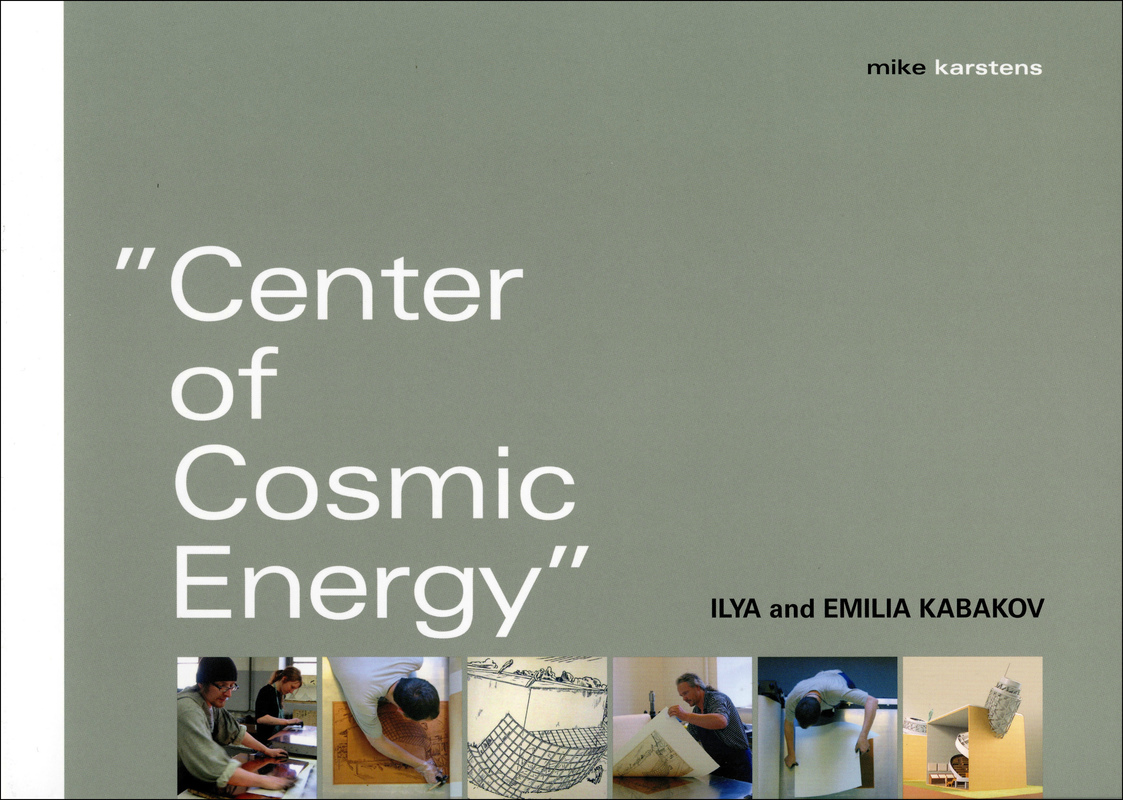 The “Center of Cosmic Energy” is part of The Strange City in the form of a large-scale model. The “Center of Cosmic Energy” consists of three buildings and three antennae. The three buildings stand in a single row, one after another, and thanks to special architectural elements, they form a unified whole. These architectural elements are of two types: the slanted parts of the building are executed in glass and metal armature that in various positions (but always at a 60-degree angle) participate in the architectural image of all three buildings; and the human figures placed on the roofs of these same buildings (the figures are also at a 60-degree angle). The dynamics of the inclines of these elements of the buildings match the dynamics of the antennae standing nearby and the airy transition from one of these buildings to these antennae. Hence, despite the difference in dimensions, the entire complex represents one architectural whole.