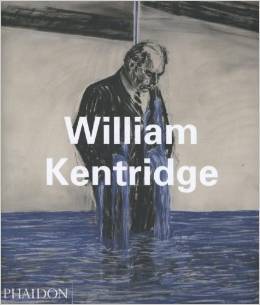 William Kentridge's (b.1955) black-and-white, animated films offer an emblematic and unprecedented insight into the South Africa of today, from the hearings of the Truth and Reconciliation Commission to traces of apartheid's violence in the landscape around Johannesburg. This is the first book to document the work of this extraordinary artist, who exploded on the international art scene in 1997 after working for some 20 years little known outside of his native South Africa. The images in Kentridge's films depict political realities, expressed in terms of individual human suffering. They are patiently made up of dozens of drawings, often made from the erasure as well as the addition of lines and forms. A week's drawing can give rise to just 40 seconds of animation. Socio-political traumas such as apartheid and the Holocaust are enigmatically narrated through his melancholy, tormented images. Like some of the Expressionists who also relied on strong draughtsmanship, such as Max Backman and Kathe Kollwitz, Kentridge presents politically engaged art via depictions of the personal. This invaluable book is the first extensive monograph available on his work. American curator and critic Dan Cameron surveys Kentridge's work withing the context of politicized art practice while analysing the formal innovations of his animation techniques. European art critic and curator Carolyn Christov-Bakargiev discusses with the artist the political and philosophical dimensions of his relationship to drawing.