American Architecture: Ideas and Ideologies in the Late Twentieth Century 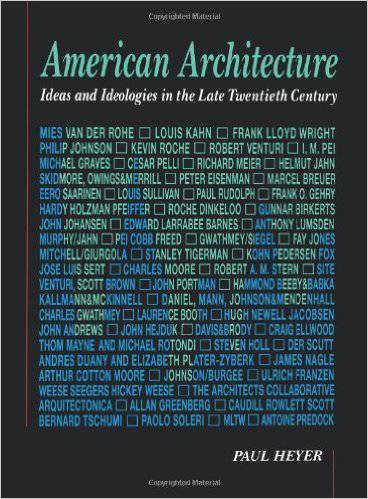 From the author of the best-selling “Architects on Architecture”, here is an important new contribution to the history and theory of modern architecture. Arriving at an intriguing time of reevaluation of the early modern movement and growing sensitivities to historicism and cultural connectivity, this sequel offers a striking picture of much of the best work produced by America's leading architects in the late twentieth century. Readers will receive an unprecedented look at the work of more than one hundred of the most important, most influential contemporary architects, examined in light of the evolution of new ideas and the advent of new technology. More than five hundred illustrations go beyond illumination of the text to function as an extraordinary pictorial history of the architect's artistry. Reflecting the author's view that styles are inevitable, given the cultural climate, physical context, and the problem the work is intended to solve, American Architecture probes the dominant styles of the late twentieth century. From the legacy of Modernism in the 1960s to that of Post Modernism, Deconstructivism, and other prevailing styles, Paul Heyer offers a beautifully written, elegantly designed critical survey of the evolution of architecture. Dealing with crucial aspects of history, culture, art, and design, the book's sweeping coverage anchors the built artifact into its own time, relative to its cultural meaning.