Of Peace and War: A Spanish Collection of Russian Art 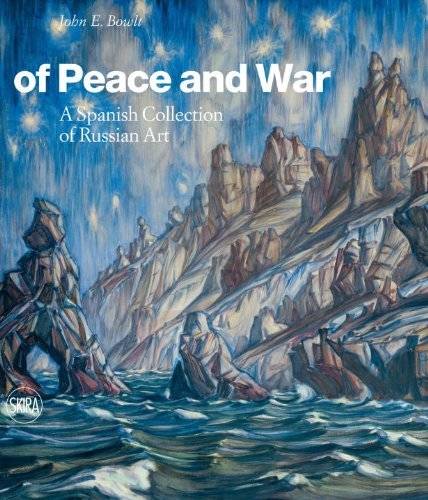 Assembled during the last twenty years, the Jose Maria Castane collection of paintings, drawings and prints constitutes a significant panorama of late-nineteenth- and early-twentieth-century Russian art, one of the most exciting phases of modern cultural history. Furthermore, the Castane collection does not focus exclusively on the avant-garde, Socialist Realism or the dissident movement, but rather offers a broader and sometimes alternative enquiry into the history of the Russian visual arts, acquainting us with often unfamiliar works by luminaries such as Leon Bakst, Aleksandr Deineka and Liubov' Popova, as well as with less celebrated names such as Aleksandr Chirkov, Nikolai Lapshin and Aleksandr Venedernikov. With full curatorial descriptions, biographies, critical essays and artists' statements (for the most part, published for the first time in English), 'Of Peace and War' pays homage to the initiative and foresight of a private collector and to the purpose-fulness and enthusiasm which moulded the selection.