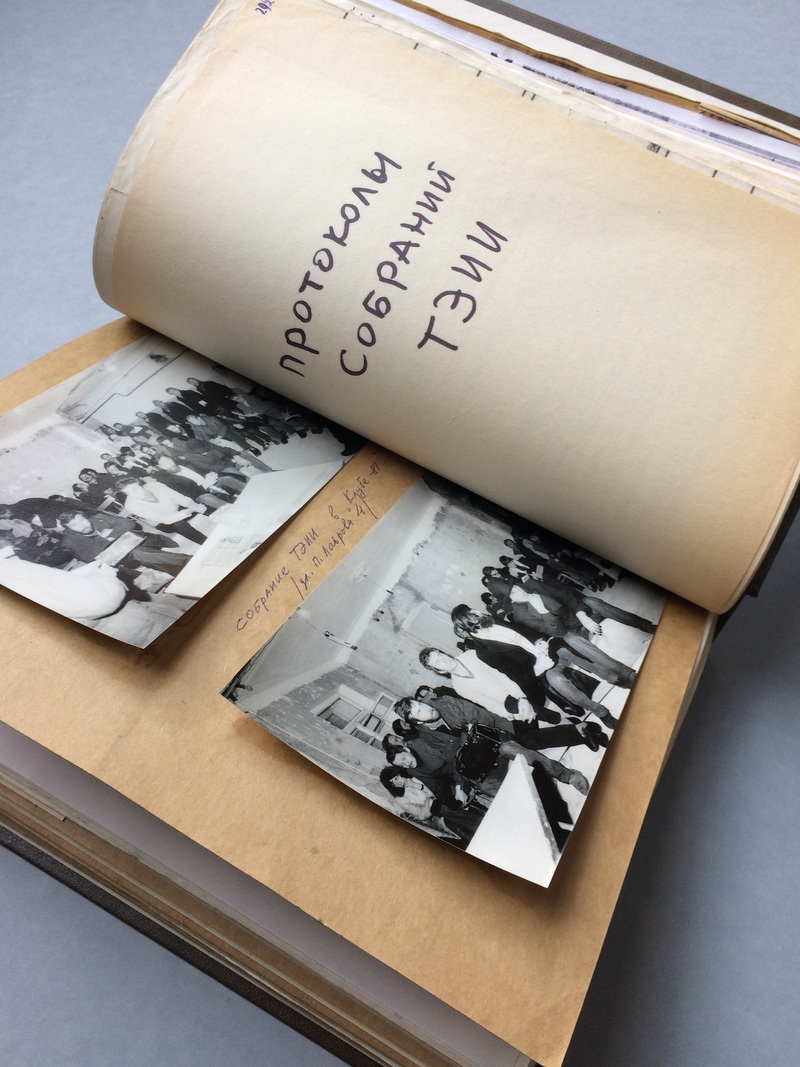 The archive MANI: Moscow Archive of New Art consists of materials put together by individual artists, poets, and theorists in Moscow to represent their activities between 1980 and 1982. These materials include programmatic theoretical texts, documentary photographs, original artworks, and materials from exhibitions. Editors of the four volumes included Andrei Monastyrsky, Vadim Zakharov, Viktor Skersis, Elena Elagina, Igor Makarevich, Anatoly Zhigalov, and Natalia Abalakova, who, like many of the contributors, make up the circle of Moscow Conceptualists.

Nadezhda Stolpovskaya retrieving a large ball of paper from a folder. In the center, it contains a typewritten text on paper featuring a poem written by Boris Pasternak, 1978-1979. MANI Archive at the Zimmerli Art Museum, Rutgers University, New Jersey, USA. Photo: Peter Jacobs

The journal A-Ya: Unofficial Russian Art Revue, published by Igor Shelkovsky in Paris from 1979 through 1986, helped familiarize Western audiences with unofficial Russian art. The archive contains original manuscripts, correspondence, original artwork, visual material, and ephemera related to nearly every well-known unofficial artist and many poets working in Moscow during this period. It is an invaluable resource of firsthand information about artistic activity in Moscow in the late 1970s and 1980s, as well as a window into the relationships between Moscow artists and their colleagues who had immigrated to Paris and New York. 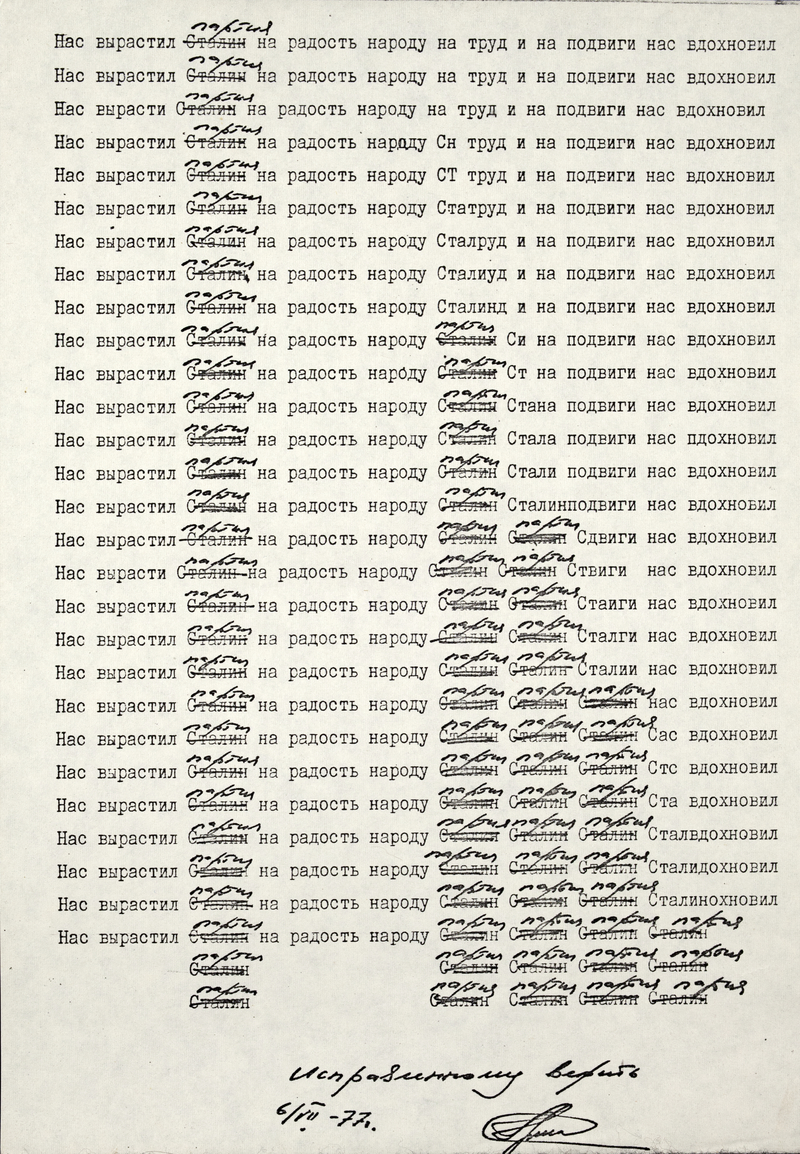 This archive documents the activities of the seminal unofficial Soviet/Russian performance art group Collective Actions (Andrei Monastyrsky, Nikita Alexeev, George Kiesewalter, Nikolai Panitkov, Elena Elagina, Igor Makarevich, Sergei Romashko, Sabine Haensgen) from 1976 to 2003. Many of these materials were originally included in the group’s samizdat publication, Trips out of Town (later edited and published by Ad Marginem in 1998; and German Titov in 2009). The archive includes many annotated drafts of texts and diagrams for the production of Trips out of Town, as well as unpublished documentary photographs and some correspondence. The VHS tapes and CD ROMs contain documentary videos of selected performances. Although materials documenting the group’s performances are available from a number of other sources, the value of this archive consists of the additional photographic and video materials, as well as the sense it gives of the group’s working process in producing, documenting, and theorizing their actions.

The TEII archive is related to the Fellowship of Experimental Fine Arts, an umbrella organization of unofficial artistic activities in Leningrad from 1981 through 1991, when it became the art center “Pushkinskaya, 10.” The archive includes selected materials from 1980 to 1988, and a guestbook from the TEII exhibition at the Kirov Palace of Culture in 1984.