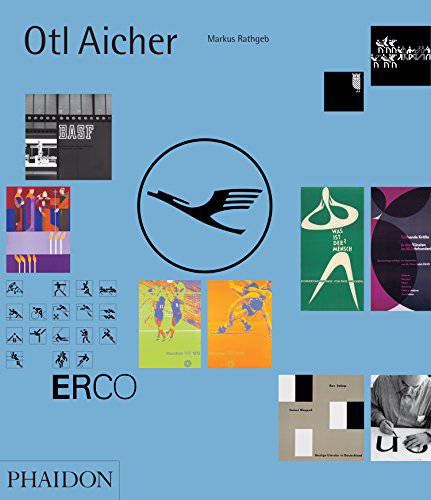 German designer and educator, Otl Aicher, was a pioneer of twentieth century graphic design, renowned for creating visual identities for numerous corporations (including Lufthansa, FSB, and ERCO) and his work on symbol systems. Aicher, inspired by his design system for the Munich Olympics in 1972, worked for over twenty years to create a completely visual language and is often referred to as the “father of modern pictograms.” Born after World War I and raised during the takeover of the Nazi party in Germany, Aicher often used design as a method of political resistance and tool of social equality. He is known as much for his design philosophies as his completed work. He educated a generation future designers at the Hochschule für Gestaltung (HfG) in Ulm, Germany, the school he helped found in the 1950s and 60s. Late in life, Aicher collaborated repeatedly with British architect Norman Foster on designs for public buildings, integrating his interest in design with public planning. Aicher died in a car crash in 1991.