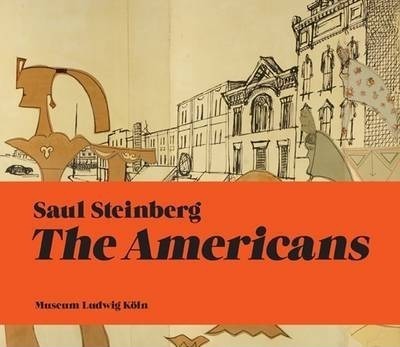 “The Americans” is the highlight of Saul Steinberg's artistic work which has brought him to prominence, above all as a gifted illustrator of the New Yorker. In 1976, it was his labyrinthine cityscapes gracing the title page of the magazine that drew everyone's attention, and made him famous. The book extensively documents “The Americans”, not only in several outstanding and wonderful pictures, but for the first time shows the impressive mix of different media — drawing, photography, wallpaper patterns, wrapping paper and comic book fragments. Both the exhibition at Ludwig Museum in 2013 and the book are not only a rediscovery, but also allow for the first time an authentic look at the opportunities to encounter the great urban and rural America, as it offered itself in the first World Fair in postwar Europe.