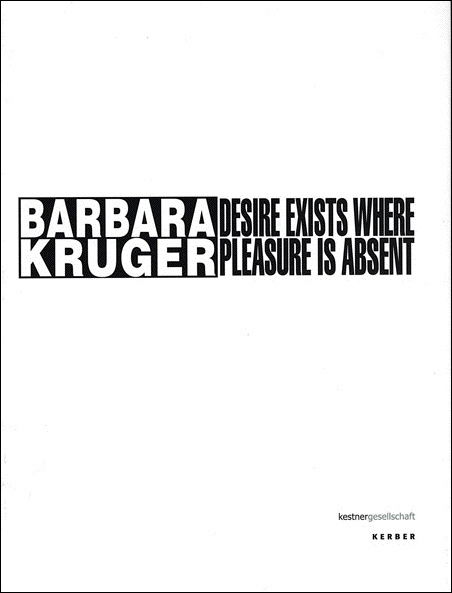 Since the 1980s, Barbara Kruger has been widely considered one of the most important artists of her generation. A brilliant conceptualist who works with abrasive, large-format text and image collages, often installed to create overwhelming, all-encompassing propagandistic environments, she appropriates advertising imagery and other symbols of conspicuous consumption to question stereotypes and ask questions about identity and the cultural representation of power. This volume documents a 2006 graphic installation as well as the video installation, Twelve, both installed at kestnergesellschaft in Hannover. Kruger was awarded the Golden Lion Lifetime Achievement Award at the 2005 Venice Biennale. She is represented in New York by Mary Boone. Catalogue to accompany the exhibition “Barbara Kruger. Desire exists where pleasure is absent”, Kestnergesellschaft, Hannover, September 1 — November 5, 2006.