Iron Curtains: Gates, Suburbs, and Privatization of Space in the Post-socialist City 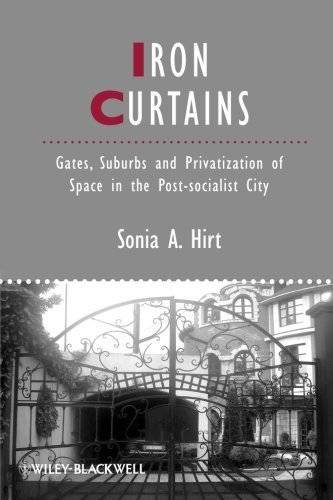 Iron Curtains: Gates, Suburbs, and Privatization of Space in the Post-socialist City explores the human dimension of new city-building that has emerged in East Europe. Utilizing firsthand research culled from more than 100 interviews conducted primarily in the Bulgarian capital of Sofia, a city whose public spaces have unraveled over the last two decades Sonia Hirt examines the ways people live and experience the new, post-socialist urbanism. Also addressed are what these new spaces tell us about their builders, users, and inhabitants. Embracing an explicitly cultural approach, the author suggests that disappointment with socialist and post-socialist conditions has led to mass skepticism toward the public domain, further resulting in a radical de-construction of public spaces. Iron Curtains offers provocative insights into the complex relationship between society and space during times of fundamental change.