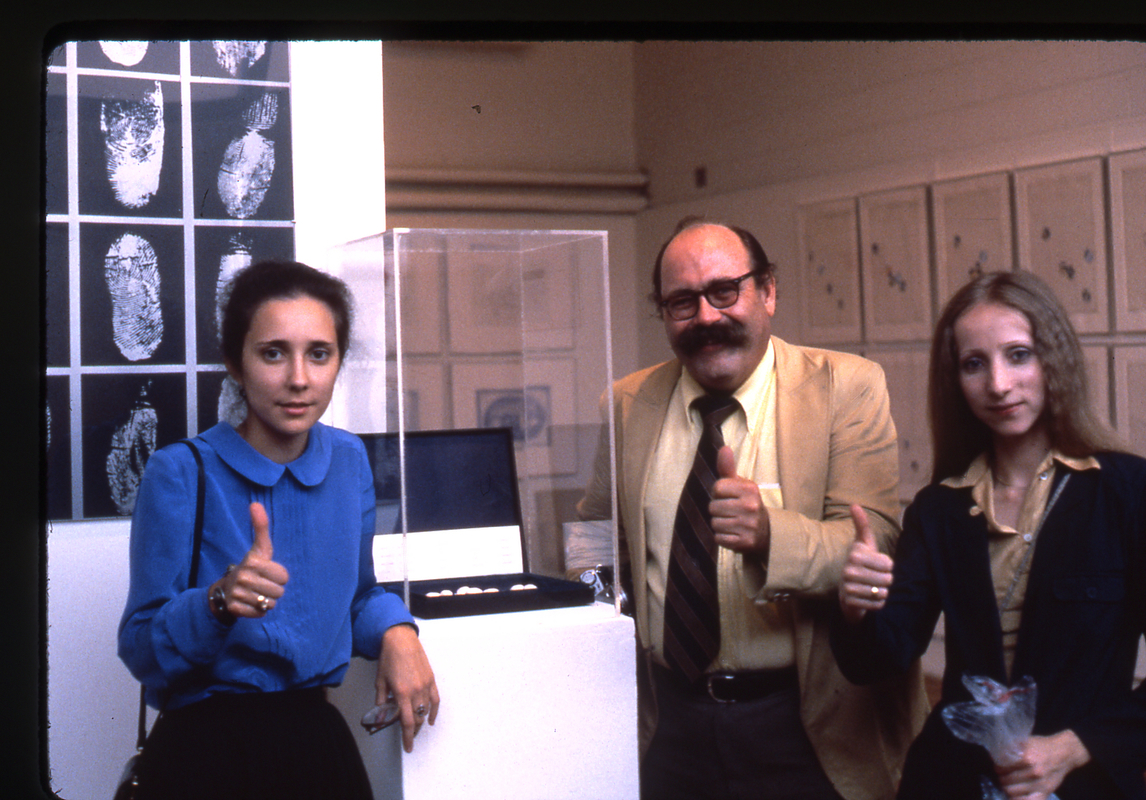 I developed an interest in art at an early age. I attended a specialist art high school and then moved on to the Serov Leningrad Art College (now St. Petersburg Art School) to study applied drawing. I worked as a graphic designer for a while. Later, I studied art history at Repin Institute of Painting, Sculpture, and Architecture, and when I moved to the United States in 1987 I became a graduate student at The City University of New York. There I had a chance to learn from well-known teachers, including Robert Storr who was a curator at MoMA, and I wrote my thesis under Rose-Carol Washton Long, who had written a book on Kandinsky. My thesis was on children’s books illustrated by avant-garde artists in the 1920s and 1930s. In 1991, I was working at IBM Gallery of Science and Art and a colleague invited me to an exhibition of Russian art from Yury Ryabov’s collection at the Zimmerli Art Museum. I told her I’d go, although I actually thought it was a bit far to travel! I worked in Manhattan and the exhibition was in New Jersey-that’s an hour by train. So I felt like I was going to the middle of nowhere. What kind of museum would they have in a quiet place like that, anyway? But I went to the opening and I was pleasantly surprised by the exhibition and the museum’s collection. The Zimmerli Museum used to be famous for its collection of French drawing of the late nineteenth and early twentieth centuries. For me, it was a curious, almost karmic connection: when I was writing my dissertation on French drawing in Leningrad, I visited the Hermitage library to read books written by the director of this museum!

I met the museum’s director and curators. They had just received Yury Ryabov’s collection as a gift and told me they were looking for an expert to start working with it. I decided to give it a try, but I never thought I’d stay as long as I did: I was their curator of Russian Art for almost fifteen years, from 1992 to 2006. At first I was busy working on Ryabov’s collection, which had some wonderful examples of Russian set design from the eighteenth to the twentieth centuries. Then, in 1992, we acquired Norton Dodge’s collection and the Zimmerli became the owner of the biggest collection of Russian art outside Russia.

Dennis Cate realized there was no point in trying to compete with the Metropolitan Museum of Art or MoMA-a museum needed to have something nobody else had. He saw that Dodge’s collection was truly unique and that people from other countries would come to work with it.
Alla Rosenfeld

In fact, Dodge transferred his collection to the Zimmerli thanks to Ryabov, who introduced him to the museum’s director, Phillip Dennis Cate. Dodge was already set on transferring his collection to a university-based museum. He knew it meant that the collection would be studied by researchers, and students would use it to write their dissertations and theses. As far as I know, Norton Dodge offered his collection to several institutions, but they were only interested in particular artists and works. Nobody wanted to accept the entire collection. Dennis Cate realized there was no point in trying to compete with the Metropolitan Museum of Art or MoMA-a museum needed to have something nobody else had. He saw that Dodge’s collection was truly unique and that people from other countries would come to work with it. So they agreed and Norton transferred his collection to the museum. Later, Dodge and the Avenir Foundation financed the addition of a new wing to the museum’s building, so the collection got something like a separate home. Today, the Norton and Nancy Dodge Collection is what the museum is famous for.

Norton Dodge collected art until his the end of his life. He had no children, so the collection became his child. His choices were not limited to what he personally liked and his acquisitions were very diverse. The collection is sometimes criticized for this, but he managed to preserve so much of the unofficial culture of the postwar Soviet Union. I believe the collection’s diversity is actually an advantage: any historian studying Russian art of the second half of the twentieth century will find here something related to their research. If you are looking into conceptualism or Sots Art, the best works are in this collection, and if you are studying, say, hyperrealism, you might also discover something important. There is also a wide geographical spread. So you will not only find art from Moscow and Leningrad, but also from the Baltic States, Ukraine, Moldova, Belarus, the South Caucasus, and Central Asia.

As for Zimmerli’s archive, I was involved in its creation. I started discussing this with Dodge very early on, as soon as we began cataloguing the collection in the mid-1990s. I convinced him to try to add documents to his collection of art. He supported the idea and the first person I met about that was Igor Shelkovsky, the editor of A-Ya, which was a journal devoted to Soviet nonconformist art. I believed it was very important to get his archive, as Igor made sure the journal wrote about some of the key artists of the time. And Norton bought the archive. Then we got a collection of documents from St. Petersburg. I was in touch with Sergei Kovalsky, one of the founders of the art center Pushkinskaya 10, and we discussed the transfer of the archive of the Association for Experimental Fine Arts. It’s a vast collection with many interesting items. Later Dodge bought more archives using his connections in the art world. He acquired the archive of Lev Katsenelson, a big collector from Leningrad, and then a complete archive of the Moscow Archive of New Art (MANI).

I always wanted the Zimmerli to collect as much research material as possible-that was my main priority. At the moment access to those materials is limited. It would be great if they became accessible to the public.

Dr. Alla Rosenfeld is an art historian, curator and teacher. She received her degree in the theory and history of art at the Repin Institute of Painting, Sculpture and Architecture in Leningrad, Russia, in 1987, and her Ph.D. in modern and contemporary European and American art at the City University of New York, in 2003. She was Senior Curator of Russian and Soviet Nonconformist Art at the Zimmerli Art Museum at Rutgers University from 1992 to 2006, and also served as Director of the Zimmerli’s Russian Art Department. From 2006 to 2009, she worked as Vice President and Senior Specialist in the Russian Paintings Department at Sotheby’s in New York. In May 2017 she was appointed Curator of Russian and European Art at the Mead Art Museum at Amherst College. Her independent curatorial projects include Leningrad Nonconformist Art (Meyerhoff Gallery, Maryland Institute College of Art, Baltimore, 2003); World of Stage: Russian Costume and Stage Design (Thomas J. Walsh Art Gallery, Fairfield University, Connecticut, 2004) and Soviet Dis-Union: Socialist Realist and Nonconformist Art (co-curator; The Museum of Russian Art, Minneapolis, 2006). From 1996 to 2017, Dr. Rosenfeld taught various courses on Russian art and culture at Rutgers University. She has published many articles and several books on Russian art, including From Gulag to Glasnost: Nonconformist Art from the Soviet Union (1995), Moscow Conceptualism in Context (2011) and Twentieth Century Artists from the Russian Empire and the Soviet Union Working in France, A Biographical Dictionary. Volume I (2017). Dr. Rosenfeld has been a member of the International Jury for the Kandinsky Prize in Moscow since 2009.

Materials from the Zimmerli Art Museum archive collection are expected to be made available online from late 2018.