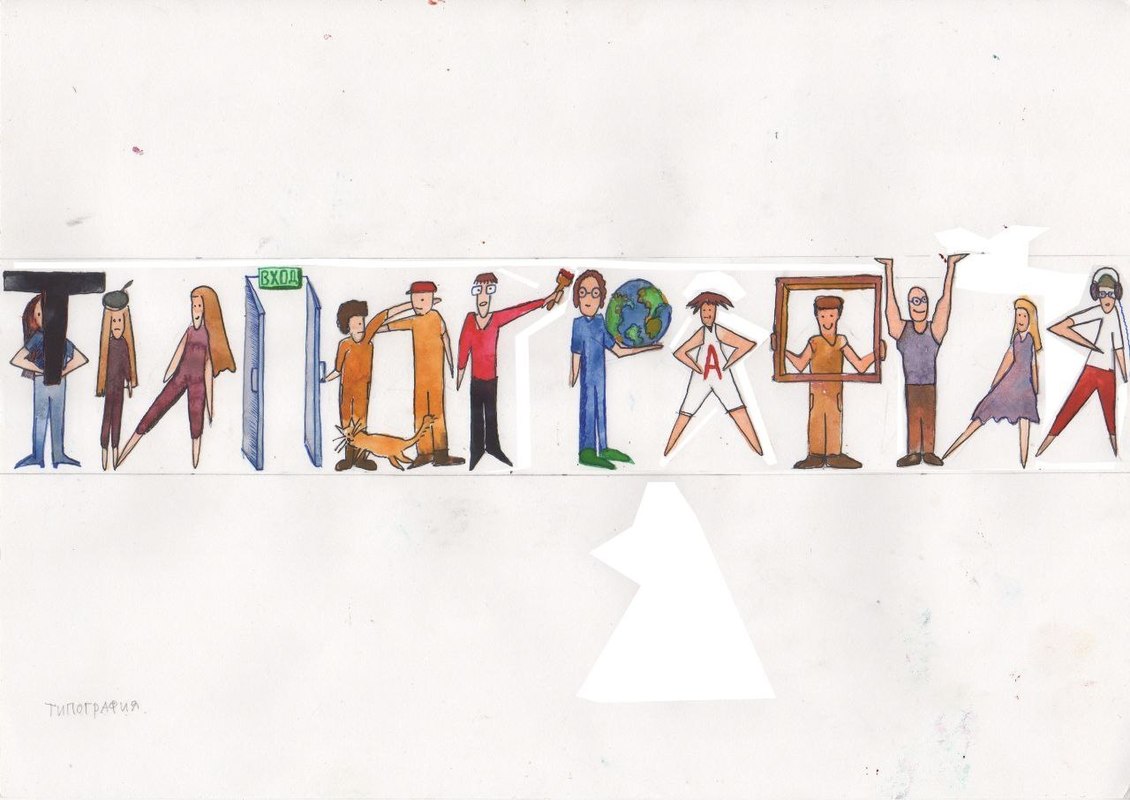 The Measuring Equipment Factory (ZIP) in Krasnodar, which has played an important role in the history of the Typography Center for Contemporary Art and ZIP group, opened on April 29, 1939. Production of measuring and testing devices at the factory has now ceased, but the 81-year-old building is still in use, even though its function has changed.

The number of people working in the factory’s large assembly shops reached a peak in 1989. However, as demand for its products gradually declined, production volumes dropped and the management began to rent out those spaces that were no longer needed. 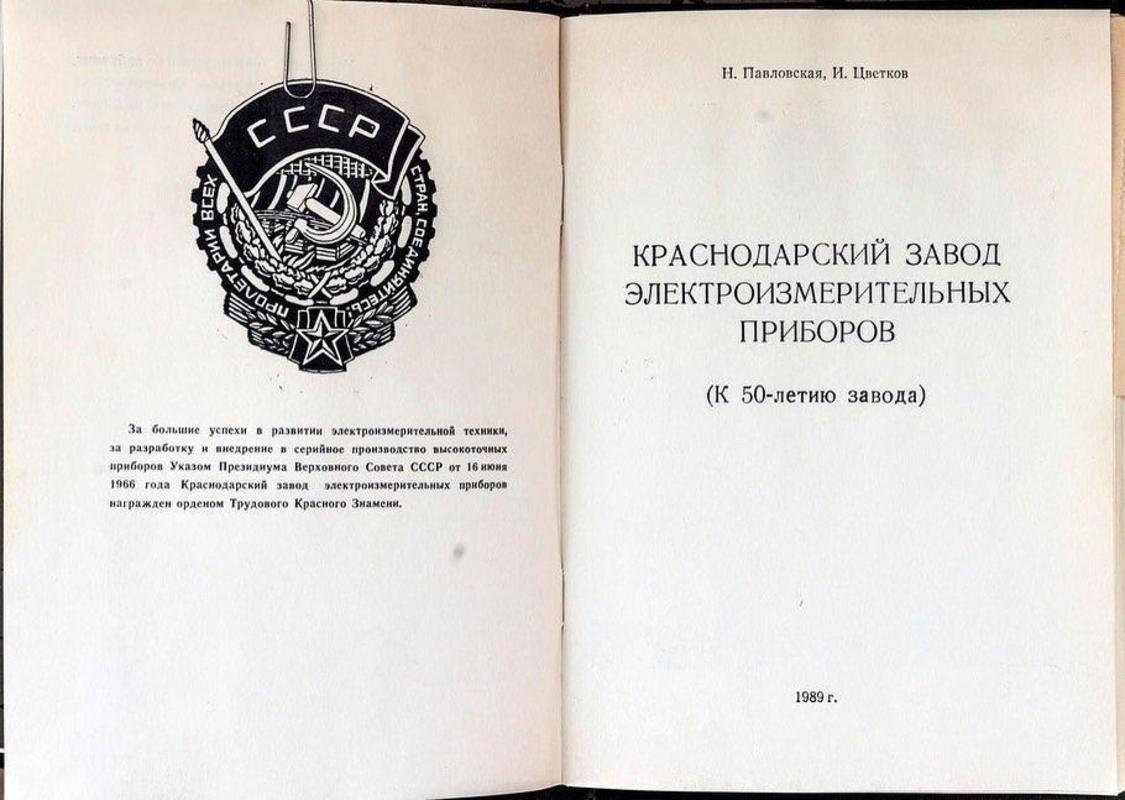 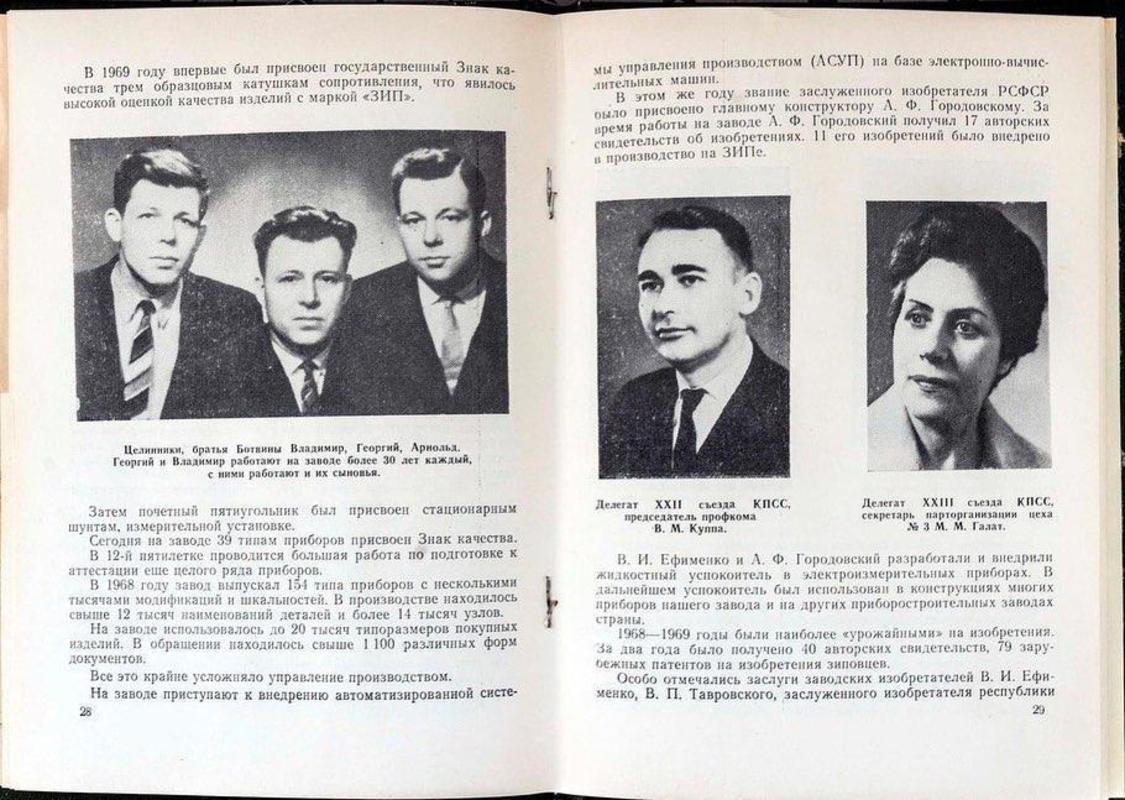 In 1993, the factory was privatised and converted into a joint-stock company, which collapsed within its first year began the process of bankruptcy. In 1997, Krasnodar Exhibition Center opened in the control room and a number of workshops, but that failed to save the factory. In 2012, ZIP reported losses of 28,9 million rubles. Burdened by obsolete equipment, years of losses, and accumulated debts, ZIP was forced to cease production. 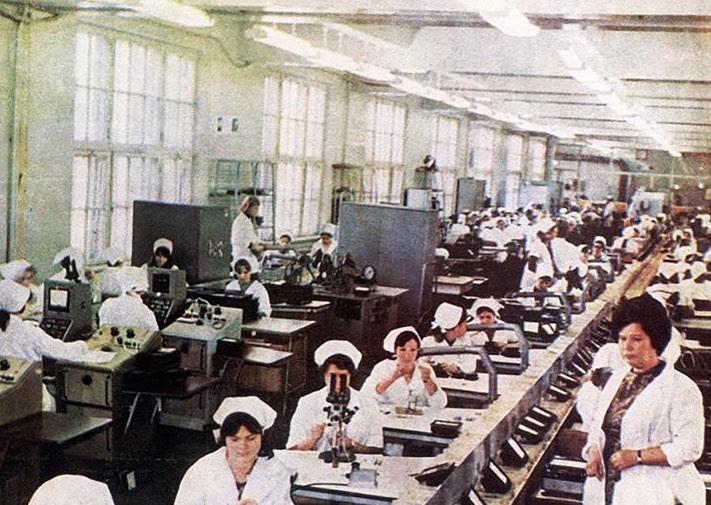 Most of its spaces were rented out as offices, originally to other producers. In 2006 and 2007 furniture workshops and advertisers moved there, as did a dumpling company. In recent years, a creative cluster has formed spontaneously on the premises (I call it a cluster, but there is no community, and tenants are not necessarily aware of who their neighbors are), which includes a variety of small businesses (from ironmongers to furniture makers), artist studios, theater and photographers’ workshops, lofts, and coworking spaces. 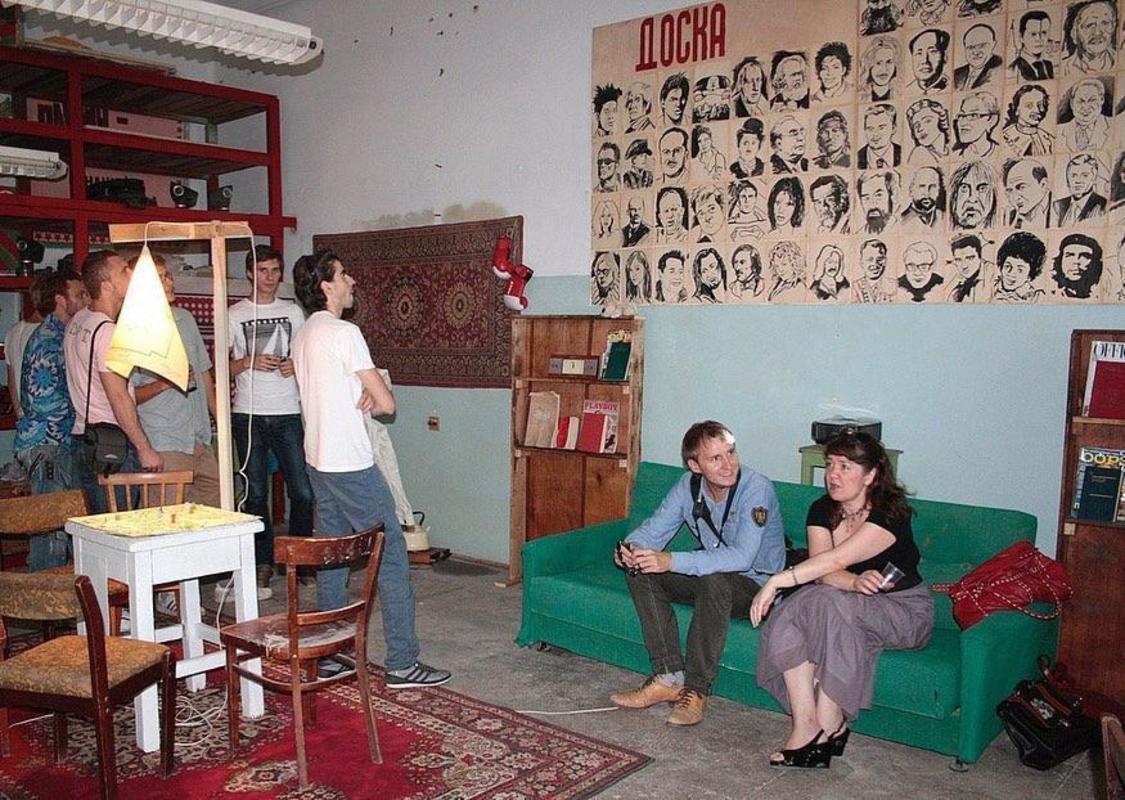 In 2009, inspired by the history of ZIP, artists Vasily and Stepan Subbotin, Evgeny Rimkevich, Eldar Ganeev, Konstantin Chekmaryov, and Denis Serenko founded ZIP group, which was named after the factory, and opened a studio in its building. In 2011 they launched the Krasnodar Institute of Contemporary Art, which was followed a year later by the Typography Center for Contemporary Art. 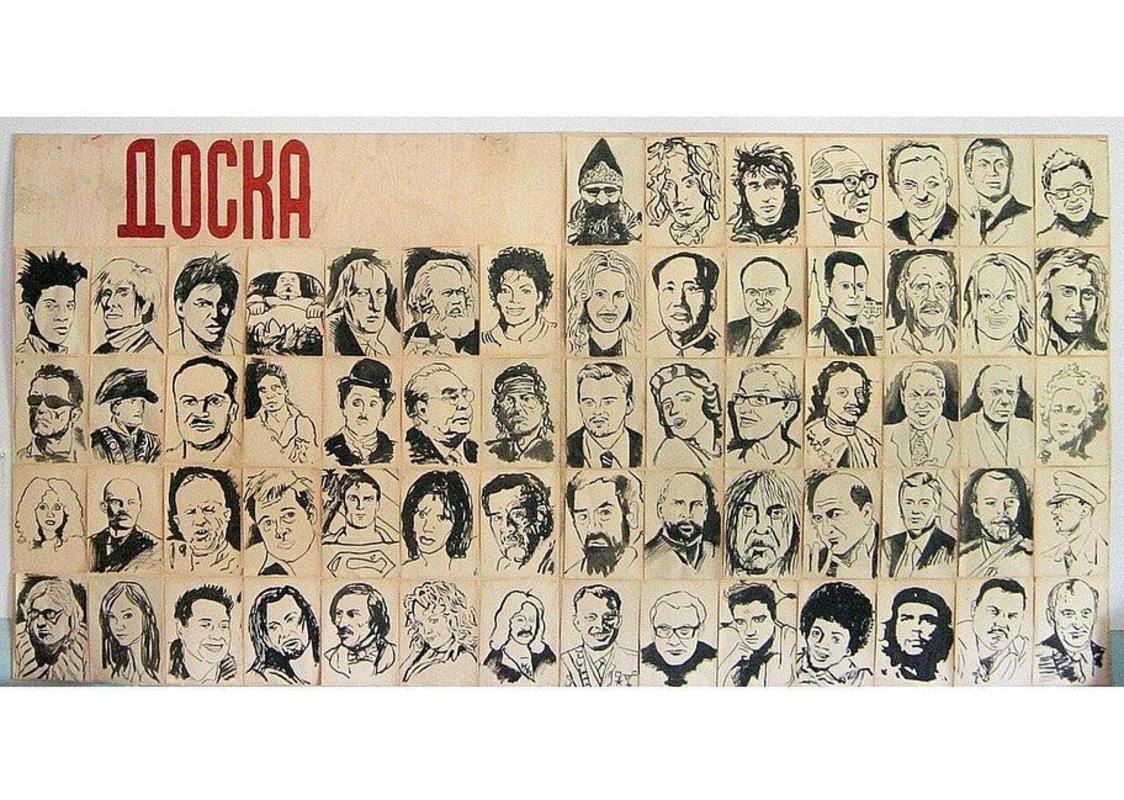 The Living Nook was ZIP group’s first project at the semi-abandoned factory. Their ambition was to create a space outside of time, which would erase the boundaries between the past and the present. The factory’s huge spaces testified to its grand history, but all that was left were piles of rubbish-artefacts of the Soviet era. This rubbish provided material for an exhibition in the now empty factory spaces, with photographs of sometimes unrecognizable celebrities on the wall of honor and a board game based on a found diagram that is a reminder of human encounters at the factory and of collective labour. The structure of the objects was suggested by the ruins themselves: the spaces inside and outside of the factory. 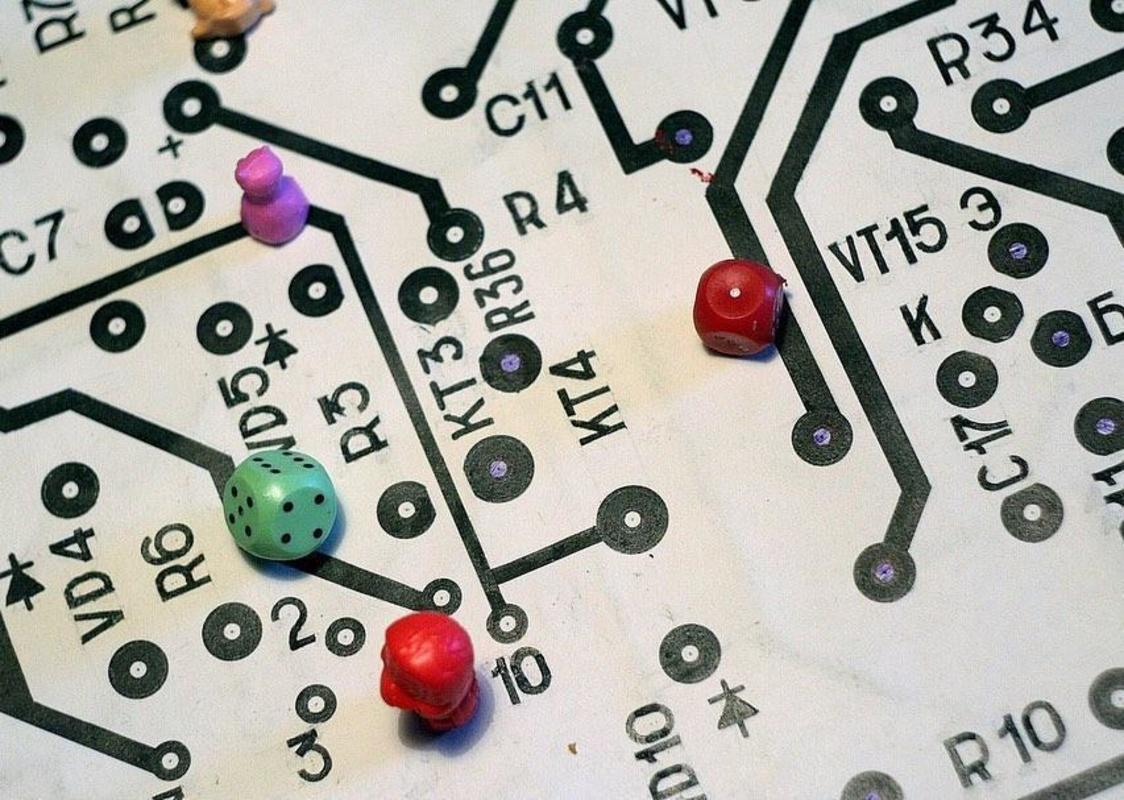 Artists renting studios at ZIP currently include Recycle Group and Igor Mikhaylenko. Another resident was Lyudmila Baronina, who later moved to Moscow. Since August 2019 the factory’s former canteen has been occupied by Typography Center for Contemporary Art.

You might be wondering when I will finally explain what I meant by the “dead nook.” If you look at the photos and watch the videos selected for RAAN, you will require no further explanation. What is gentrification if not this ZIP zombie-land? I like zombies, by the way.