Self-Organized Art Initiatives in Russia since 2000 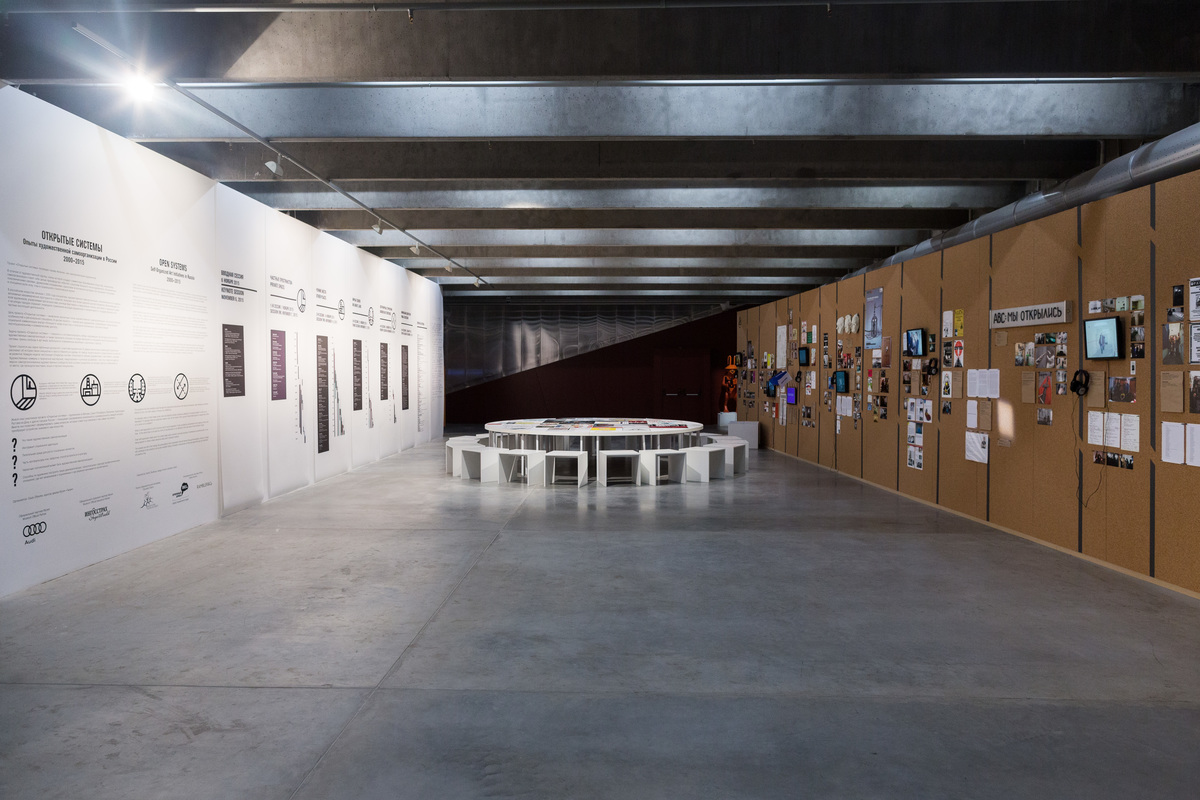 This long-term research program initiated by Garage Research in 2015 explores developments in self-organized artistic and curatorial practices in Russia since 2000.

The program was launched with the exhibition Open Systems. Self-Organized Art Initiatives in Russia: 2000-2015 (November 6-December 10, 2015) initiated by the Head of Garage Archive Collection, Sasha Obukhova. The exhibition presented an overview of fifty-one projects from nine Russian cities, including apartment exhibitions and artist-run spaces, exhibitions in abandoned factories, and street festivals. The project also included four public debates with artists, curators, art historians and activists. Hearing the views of pioneering practitioners allowed the researchers to get a clearer understanding of practitioners’ ideas regarding art institutions and the limitations of the art world, including the (lack of) flexibility of contemporary museums and the art market. 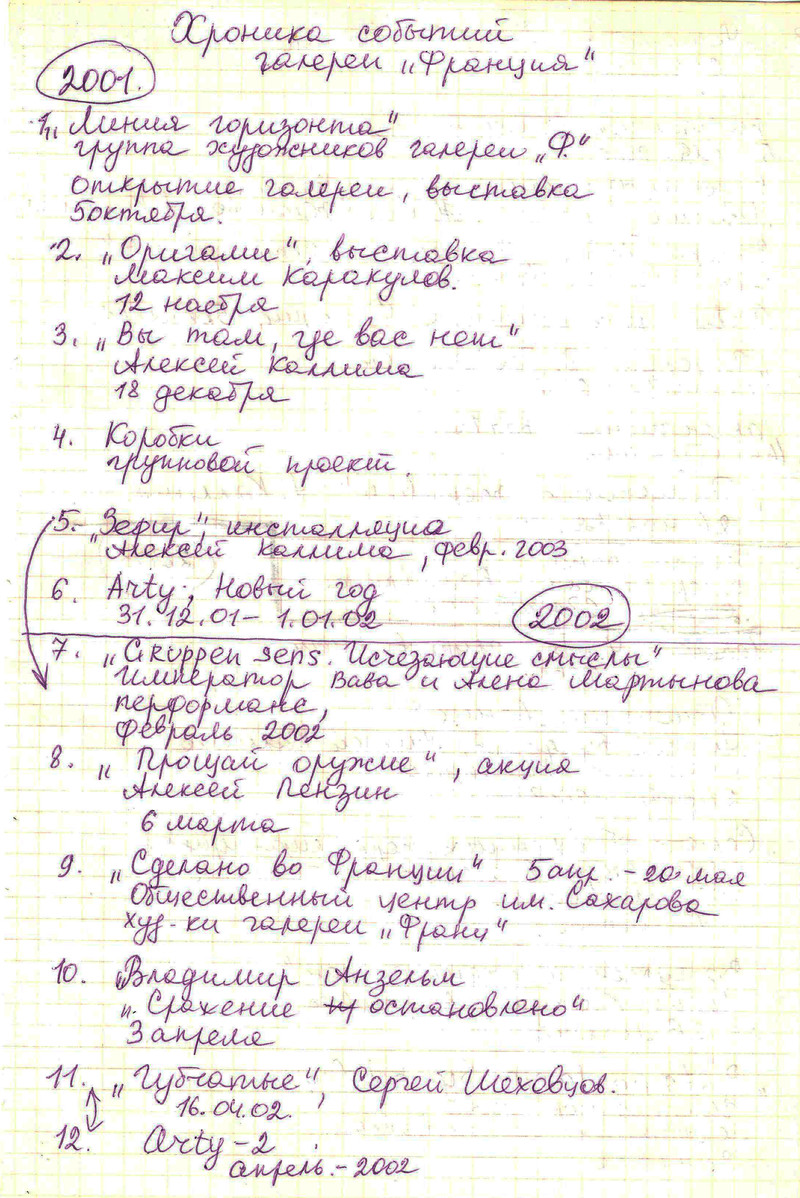 Reflecting the growing autonomy of emerging artists, many of the projects-independent from both state-run and private institutions-have not been archived and often escape the notice of contemporary researchers. Even in the age of the Internet and social media, only a scattered, or fragmented trace of many of the initiatives remain, with dates and names of participants often missing. Open Systems was thus conceived as a comprehensive study to facilitate the accumulation and archiving of information on each project, its organizers, and participants, as well as photo and video documentation and ephemera. Unique documents accumulated during the exhibition include photo archives of Kirill Preobrazhensky's apartment gallery Cheryomushki and Timofey Karaffa-Korbut’s gallery ArtRaum, a notebook containing the list of exhibitions in France Gallery, handwritten by Alexey Kalyma, video documentation of Liza Morozova’s performances in Escape Gallery, exhibition posters form Samara gallery XI rooms, and an ABC Gallery’s signboard made from an office lamp.

Another important aspect of the project has been to explore the stylistic and regional variations in self-organized initiatives. The selected initiatives have been subdivided into four categories: Private Spaces, devoted to artists who host initiatives in their apartments or studios; Other Places examines projects in abandoned or rented spaces; No Man’s Land focuses on street festivals and other projects in public spaces, including the Internet; and Borderline Territories explores various forms of interaction between artists, independent curators and activists that do not necessarily use space as their primary venue, but instead discourse, or publications, for example. 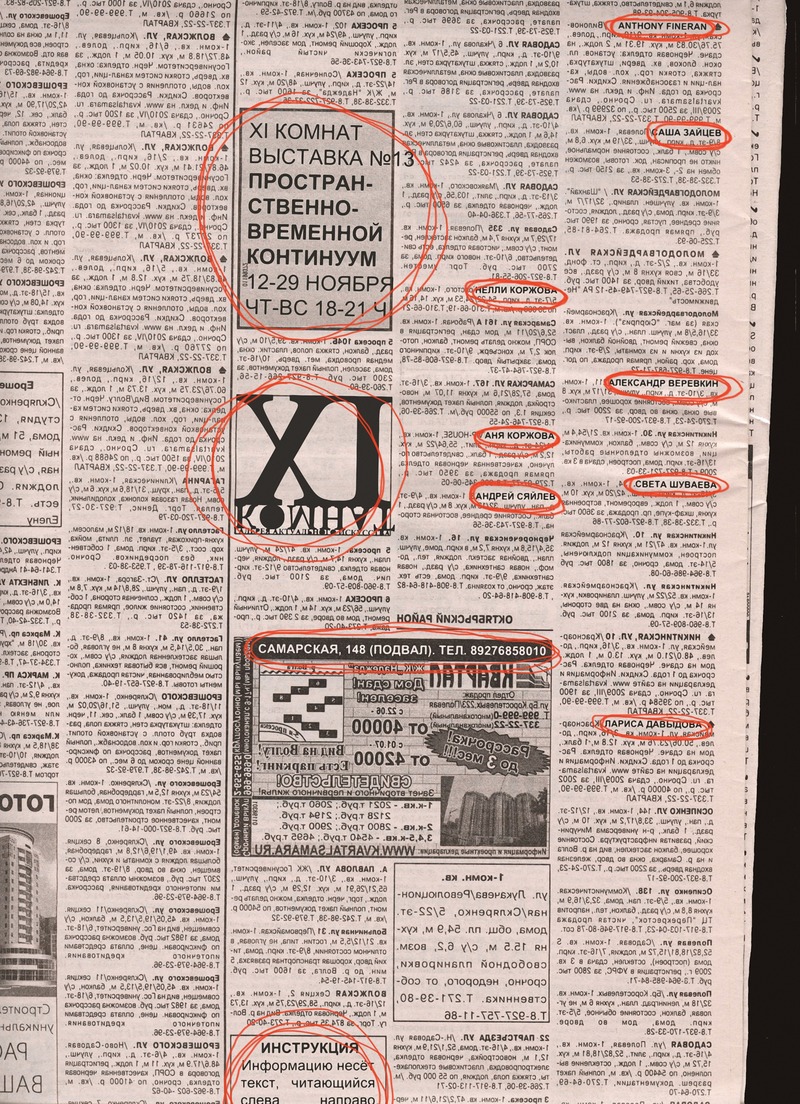 The project has enabled Garage Archive to develop ties with initiatives across the country, which in its turn has led to the growth of the project itself. From Spring 2016 the exhibition has travelled across Russia, expanding in content through the participation of each host venue, which has invited new initiatives.

The Urals branch of the National Center for Contemporary Arts introduced groups from Yekaterinburg, Nizhny Tagil and Perm. The branch’s director, Alisa Prudnikova, and curators Vladimir Seleznev and Anna Litovskikh initiated a new exhibition, which opened at the NCCA Urals on 24 March 2016. The public program for the exhibition included lectures by Obukhova and the philosopher Elena Petrovskaya, as well as a performance by one of the founders of Office Gallery and ABC Gallery, Maxim Iluykhin. 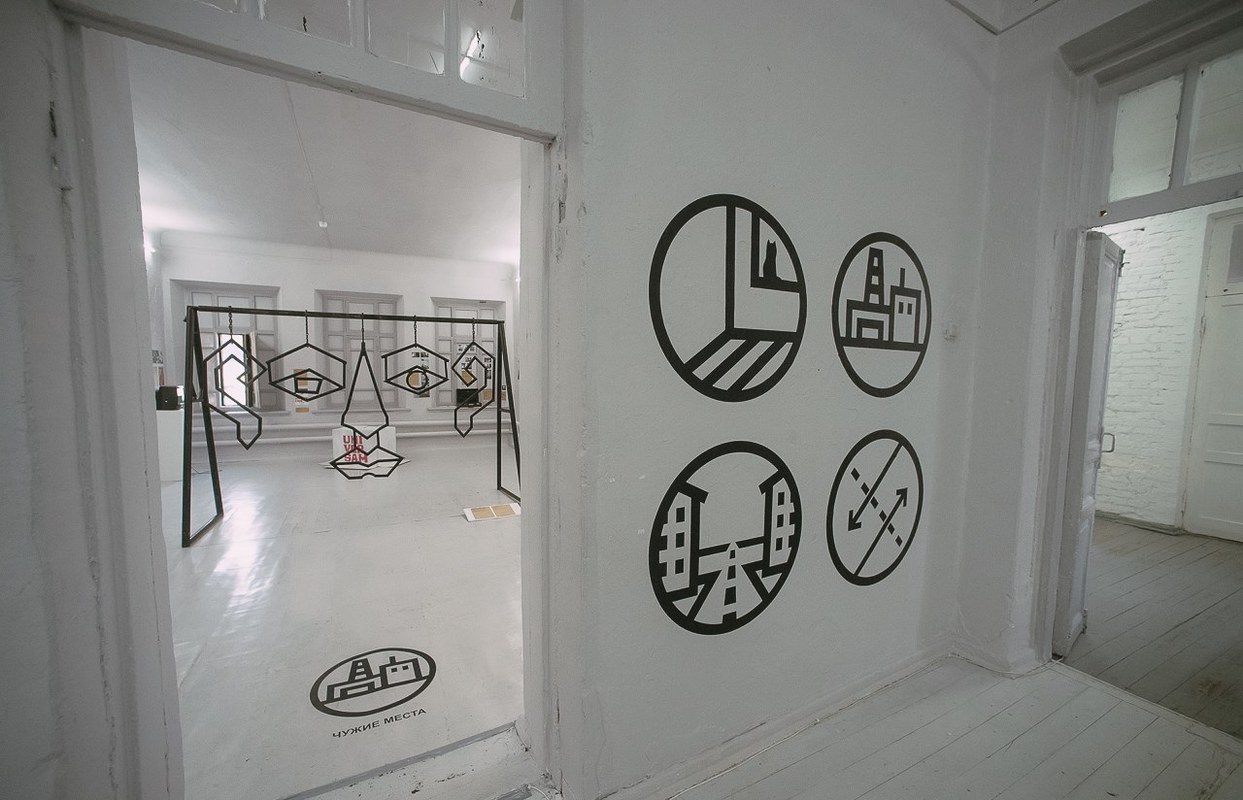 Next, a collaboration with the Typography Center for Contemporary Art in Krasnodar, focused on the south of Russia and attracted new participants from Rostov-on-Don, Taganrog, Vladikavkaz and Sochi. The exhibition project took place from 16 June till 17 July2016 and included a discussion on the future of self-organized initiatives in Russia. 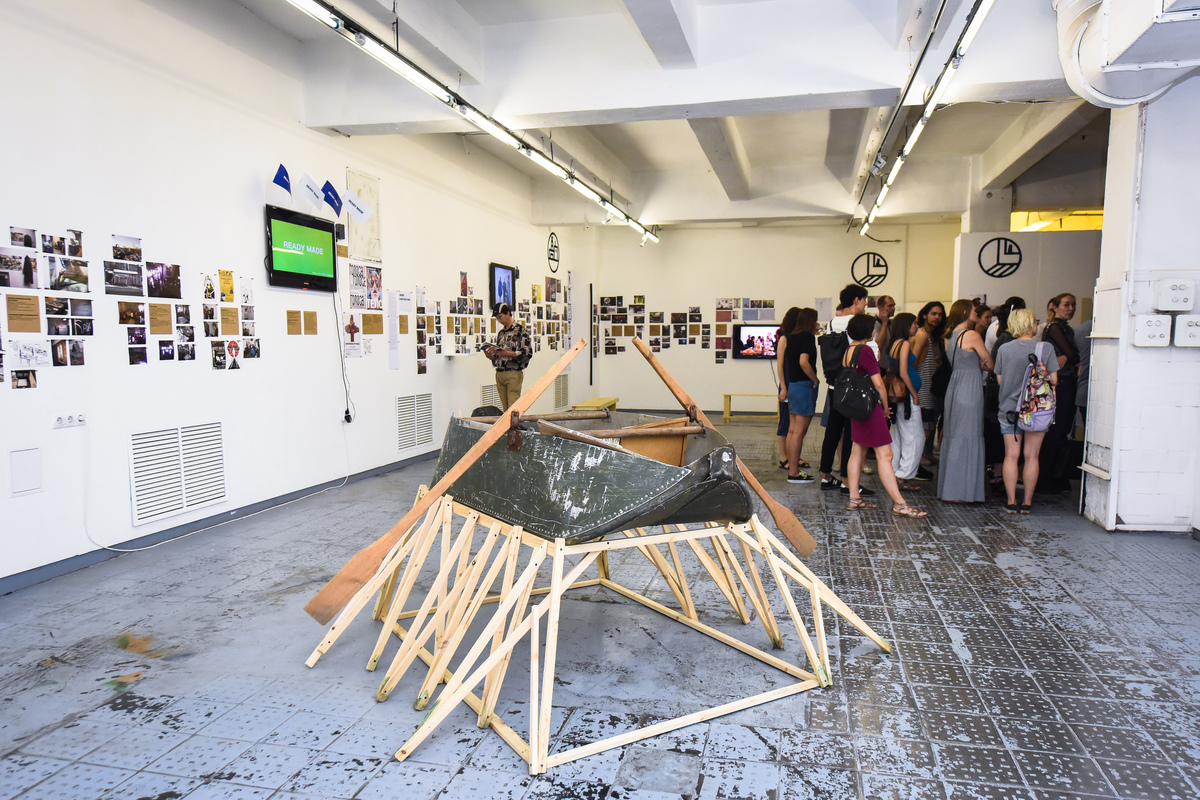 From 1 September till 30 October 2016 Open Systems took place in Krasnoyarsk Museum Center. This introduced independent art initiatives from Krasnoyarsk, Irkutsk, Barnaul, and Novosibirsk. This part of the project also included a program of workshops for Krasnoyarsk emerging artists: with a curator’s guidance, they sought to recreate various practices of the artists featured in Open Systems. 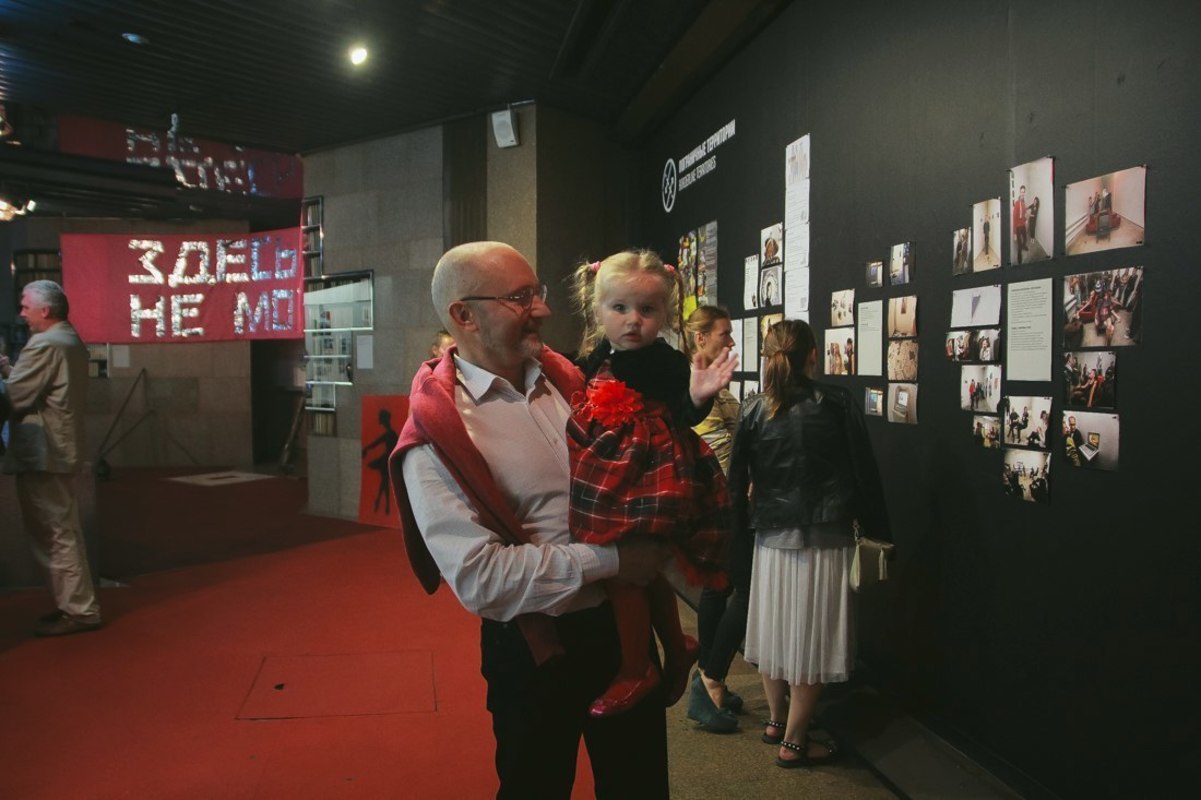 The exhibition Open Systems. Self-Organized Art Initiatives in Russia: 2000-2015, installation view, Krasnoyarsk Museum Center, Krasnoyarsk, 2016 © Lera Tynianaya, Krasnoyarsk Museum Center
The next show within the project opened at Samara’s Viktoria Gallery on December 16, 2016. Bringing together the archives of sixty self-organized initiatives, previously collected as part of Open Systems, it also featured an exhibition of contemporary Samara art curated by Anastasia Albokrinova. The exposition focused on emerging artists whose practice began at various self-organizations in Samara and, as such, became the gallery’s first exhibition focusing on local artists.

The self-organized initiative Arctic Art Institute launched Open Systems in cooperation with the Arkhangelsk regional science library named after N. Dobrolyubov-where the show took place in August 2017 representing for the first time art initiatives of Russia’s Northern cities, including Arkhangelsk and Murmansk. Displaying the project in a library attracted a wider audience to it. This version of Open Systems also included a discussion involving a number of local cultural promoters. 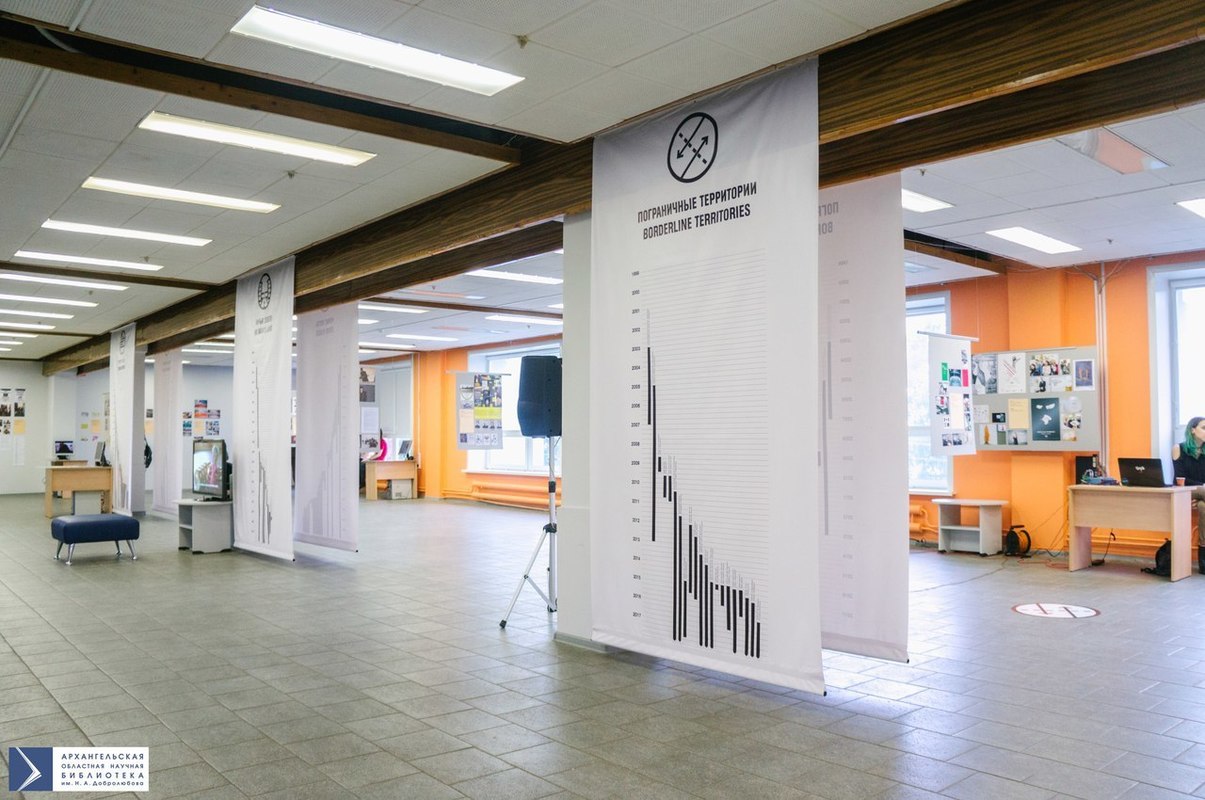 The Saratov iteration of the project took place at the most unconventional among all of its venues-the stairs of the nineteenth-century building of the House of Cultural Workers. Spanning three floors, this space is traditionally occupied by exhibitions run by the self-organized IMHO Gallery. Encouraged by this peaceful, mutually enriching and usually hard to establish neighborship, the curators extended the show for several weeks, as it eventually ran from October 2017 through January 2018.

In May 2018, Smena Center of Contemporary Culture invited the project to Kazan. The enormous building of the Center-in fact, also a self-organized artist-led initiative-hosts lectures and concerts as well as contemporary art shows. Artefacts documenting Kazan’s self-organized events were displayed alongside the Open Systems archive. 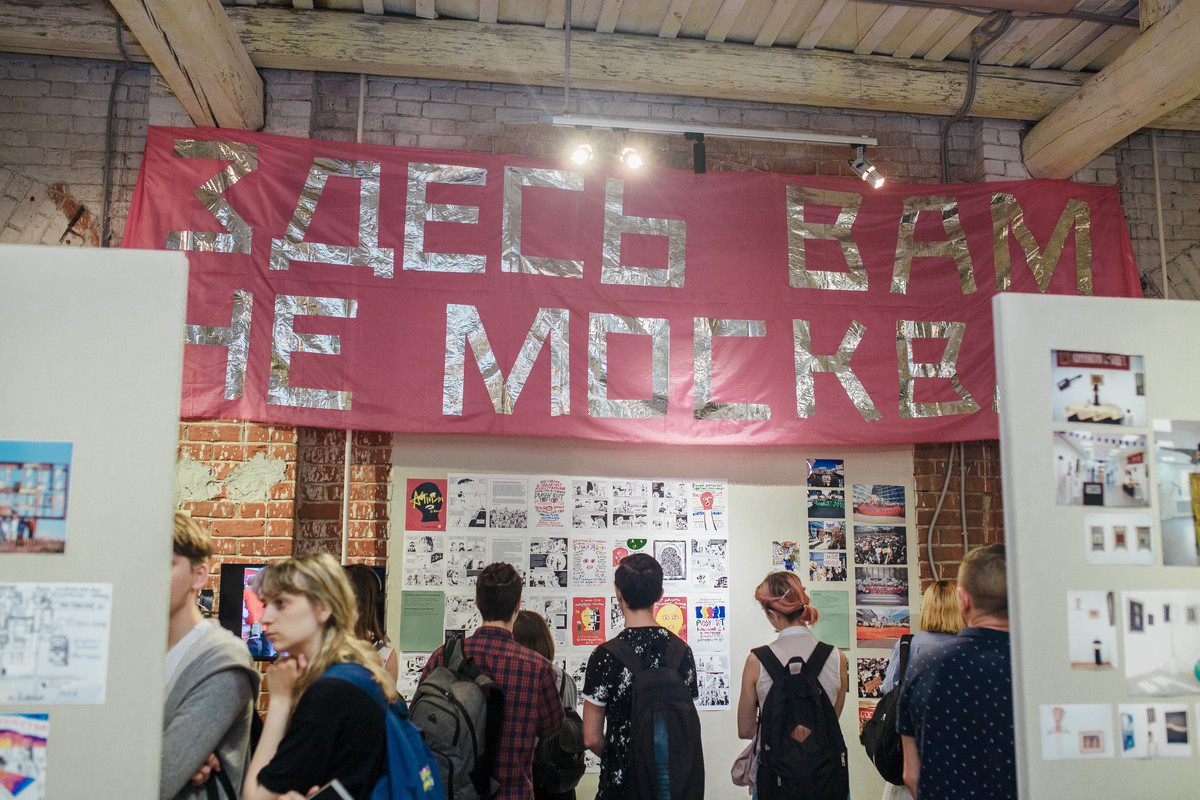 Open Systems made its last stop in July 2018 at Vladivostok’s ARTETAGE Modern Art Museum, where the most complete version of the project embracing initiatives from all over the Primosrky Region was shown. Music band Far Eastern Home Wreckers gave a concert at the opening, while the public program accompanying the exhibition featured reading groups based around some key texts about self-organizations. 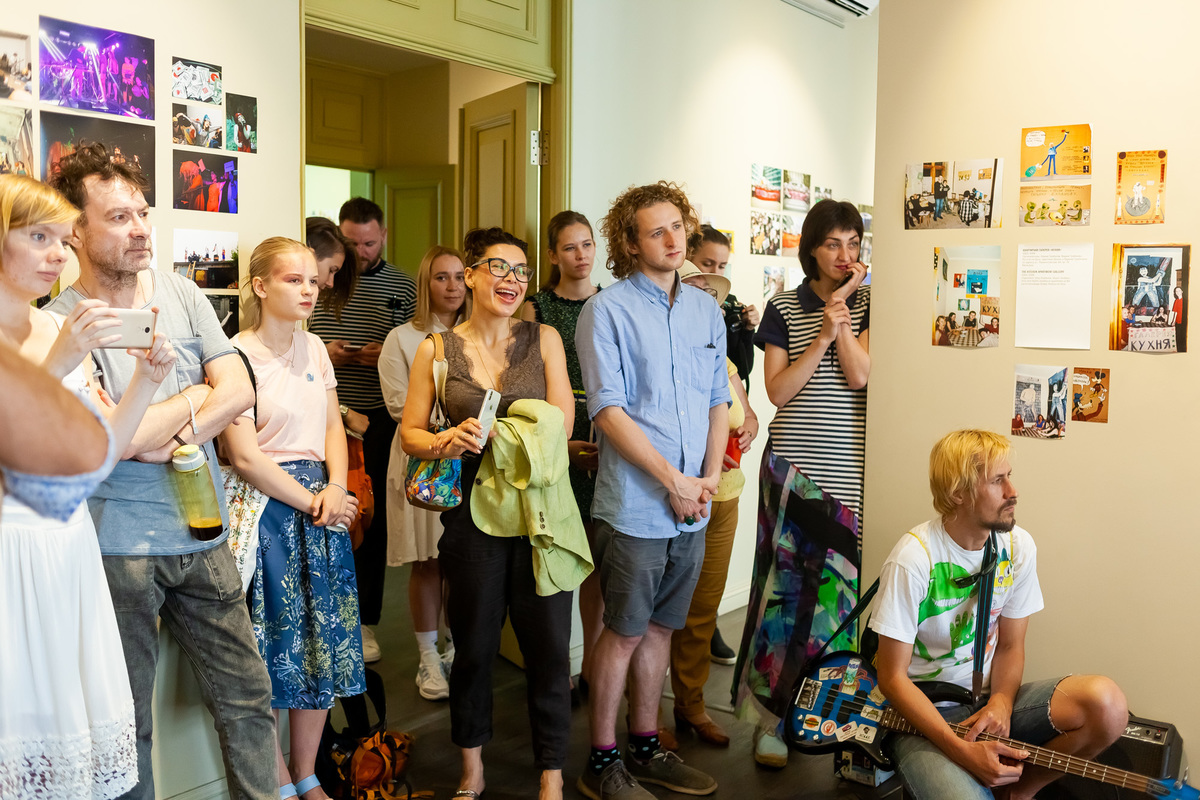 Exhibitions and research programs accompanying them supplemented the project with new initiatives. The up to date (albeit not final) list of self-organized initiatives is provided below, with work on a publication about the study currently underway.